If you or someone you know has recently been diagnosed with Bipolar Disorder, chances are you have a lot of questions.

Even if you have been aware of your diagnosis for some time, there are some things that you may not know or understand about the disorder.

This article will explain important things you need to know about bipolar disorder.

What is Bipolar Disorder (BD)?

While people who suffer from Bipolar Disorder do share the commonality of shifting moods and varying sleep and energy levels, there is more than one type of bipolar disorder.

Bipolar I disorder is defined as a person having a least one severe manic episode that lasts at least seven days. Those who have Bipolar I Disorder usually experience episodes of depression as well, and may even experience mania with dysphoria or extreme sadness and self-loathing known as a mixed manic episode.

Manic symptoms for people with Bipolar I may be severe enough to need immediate hospital care.

Bipolar II is defined as a person experiencing at least one hypomanic (mild manic) episode, but the depressive episodes tend to be severe, often with suicidal thoughts.

Cyclothymic disorder, sometimes called cyclothymia, is when a person has periods of hypomania (mild mania) as well as periods of mild to moderate depression. Those who have cyclothymia will experience symptoms for at least one year as a child or adolescent, and at least two years as an adult.

People with cyclothymia experience both depression and hypomania (mild mania), but they don’t have severe mania or severe depressive episodes.

Other or non-specified is defined by bipolar disorder symptoms that don’t match the above categories. For example, the disorder may be induced by drugs and alcohol or may be attributed to other medical conditions like multiple sclerosis or stroke.

How Common is BD? 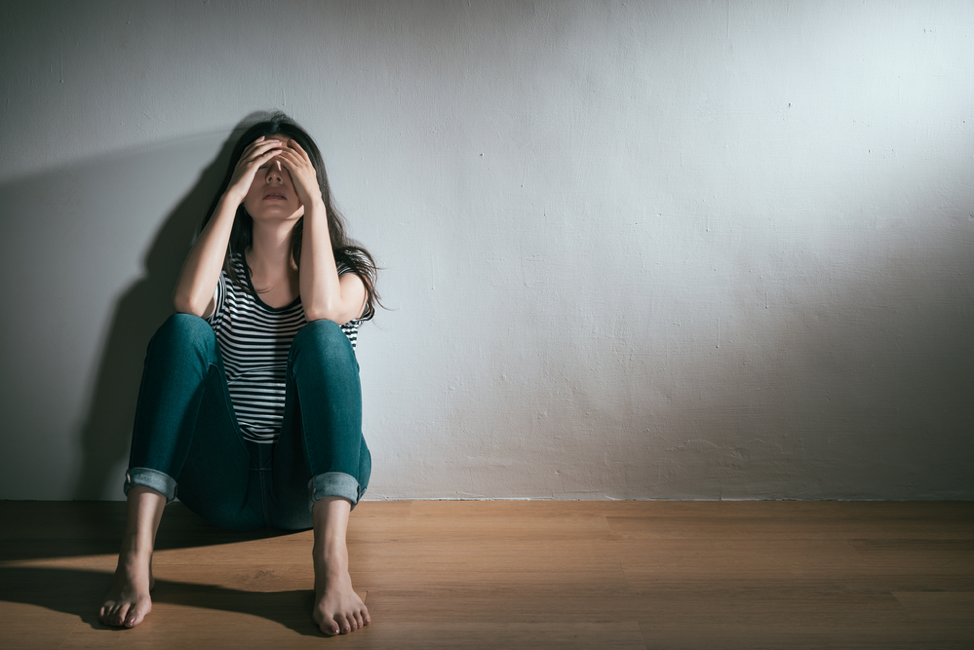 Estimates for how many children or teens are affected is harder to determine. Many young people go undiagnosed as the criteria for diagnosis is still debated. However, research suggests that many as 1.8% of children and adolescents have Bipolar Disorder.

What are the Signs of BD?

But what are mania and depression, and what are signs that a person is living through one or both of these phases?

What is the Manic Phase of BD?

At first, it may seem like a person would want to live in a manic phase. People who have mania may feel great, have a lot of energy and be very productive and creative. Unfortunately, mania can also be dangerous, frightening, and irritating for others.

A person having a manic episode has a decreased need for sleep and may go several days with little or no sleep. They often have difficulty focusing, and they may not be able to communicate well with others. Their thoughts and words can come out so quickly and jumbled that others who are acting on a normal level may not relate to them.

People who are manic may become agitated or irritable, and may engage in risky behavior like spending a lot of money or having impulsive sex. It’s also common for someone in a manic episode to make impulsive and irresponsible choices.

In addition, it’s common for people with mania to begin using substances to replicate the feeling they get from their high moments.

In more extreme cases, those who are having trouble controlling their thoughts and actions may end up requiring care at a hospital. The feeling of mania can be very frightening and disorienting at times, especially when thoughts and feelings are happening far too quickly for a person to register them appropriately.

What is the Depressive Phase of BD?

In many ways, depression is the opposite of mania.

Those who experience depression often have uncontrollable feelings of sadness or helplessness. These feelings are not fleeting and may last for long periods of time.

People who are in a depressive phase may cry over things that wouldn’t ordinarily cause that reaction. They may become consumed with negative thoughts or dwell on things in the past or things they can’t change.

These feelings may make them feel angry, even at things they would normally enjoy. It can be isolating and a person with depression may intentionally pull away from loved ones. During a normal period, they may enjoy going out and seeing people, but often people living through a depressive phase will want to withdraw and stay home alone. They may also want to avoid intimacy with partners or spouses.

They may have periods of fatigue or mental fog. Often those with depression want to stay in bed and have to fight prolonged feelings of exhaustion. Those with depression may find it very difficult to accomplish simple tasks like brushing their teeth or tidying the house.

Those suffering from depression may find it difficult to find joy or pleasure in things that would ordinarily bring happiness. The feelings of helplessness may convince them that they will never reach their personal goals. It can be a very sad and difficult time.

What Treatments are Available for People with BD?

Treatment for bipolar disorder should always be guided by a professional who specializes in the disorder. It’s a lifelong condition and is something that needs ongoing care.

Most people who are diagnosed with bipolar disorder are benefitted by a mix of medication and therapy.

For those with a diagnosis of bipolar disorder, medication is almost always necessary. Some common choices are:

Finding the right medication for you or your loved one may take time and involves open communication with your psychiatrist.

Many people with Bipolar Disorder have a seasonal pattern where they have depressive episodes every fall and winter (and manic episodes during the spring and summer).

This seasonal pattern can be triggered by the colder weather and decreased daylight during the fall and winter.

Light therapy uses extremely bright lights from full spectrum lamps (light boxes) that mimic sunlight and trick the body into thinking it summer and not winter, preventing the depressive episode.

The trick is to not use the light box too much or you can risk triggering a manic episode.

Many people who have bipolar disorder find psychotherapy helps them manage it.

Some common types of therapy include:

Those who are diagnosed with bipolar disorder can sometimes have trouble getting life insurance. However, it is not impossible to get a life insurance policy.

To start the process, you’ll need to give your medical history with your diagnosis to your insurance agent. Your medical records are private so you will have to facilitate the exchange.

You may have to answer some questions to your insurance provider like when you were last hospitalized and how frequent are your symptoms?

The process may take a month or more for your insurance provider to research your case.

If you’re interested in learning if life insurance is a good fit for you, you can reach out to an agent today.

To learn more about bipolar disorder, check out the International Bipolar Foundation or the National Institute of Mental Health.

Know that you’re not alone. There are many other people in the world who also have bipolar disorder. If you’re looking for someone to connect with, you can find a support group near you. The Depression and Bipolar Support Alliance has many chapters available across the United States.

They also offer online support groups if there is not one local to you.

Scott Carroll, MD is an academic child psychiatrist for a large regional medical center and medical school where he works with children and teens and their families with both emotional issues and medical illness. Get To Know Me

Get Your Free eBook

Sign up now to get your free guide to finding your Athlete, Engineer, Film Director or Artist Online!

This is my personal blog and website. The opinions expressed here are solely my own and do not reflect the opinion of my current or any former employers. The information provided here is on an “as-is” basis. I make no claim to as to accuracy, completeness, currentness, suitability or validity of any information on this blog and will not be liable for any errors, omissions, or delays in this information or any loses, injuries, or damages arising from its use. Furthermore, use of this website is not a substitute for medical or psychiatric care and does not constitute a doctor-patient relationship.